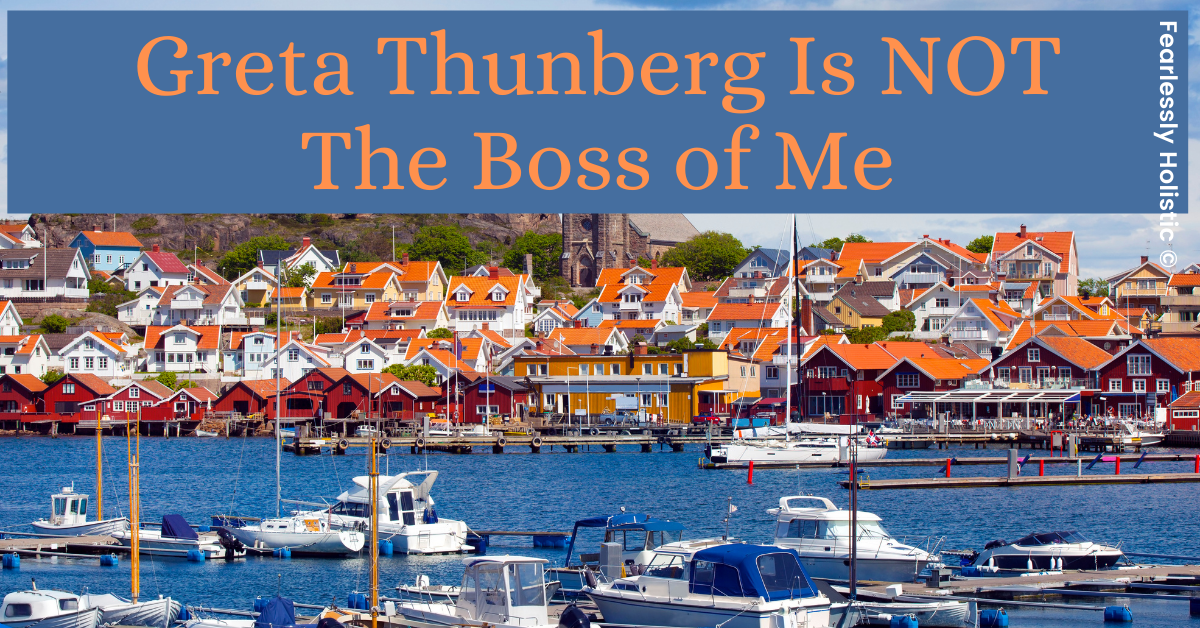 Who is Greta Thunberg? Well unless you have been hiding under a rock (understandable these days), then you might remember a young climate change activist who is all over the media. Like all over.

Greta is a 16 year old from Stockholm, Sweden. And she just got the Time magazine person of the year, so she is kind of a big deal.

My name is Irma and I want to share my journey to improved health by eating whole foods, moving my body and eliminating stress as much as possible.

It is my hope to inspire you to join me in making daily changes to improve long term health. Eating fresh, seasonal food and getting some sunshine is the best way to increase longevity. But you do not want just a long life. You want a healthy, high quality long life.

**My blog posts are my opinion and the results of things that I have tried that either worked for me or didn’t. My opinions are for informational purposes only and are not intended as medical advice. Medical advice should always be obtained from a qualified medical professional for any health conditions or symptoms associated with them**

Scandinavia is a fun part of the world

We had Norwegian neighbors when I was growing up. How I wanted that straw colored hair and blue eyes! They ate strange food like pickled herring and Marzipan and made fun crafts at Christmas.

They also had traditional winter-wear like sweaters and mitts with distinct patterns that were just so different than what I wore. There was some jealousy, I admit. 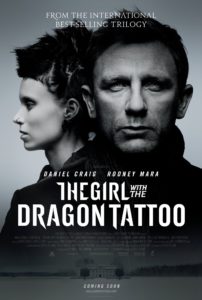 I adore that whole Scandinavian “thing”

I confess to watching the SLOW series of videos on Netflix. Even the knitting ones. I watched a train one for an hour once…it was so relaxing. Yes, they are Norwegian but that is pretty close to Sweden.

My favorite was the series on firewood. Don’t judge me.

And those Stieg Larsson books (The girl with the dragon tattoo)…awesome stuff. Riveting. I read them all. And watched the movies. Both versions. I wanna move to Stockholm.

What about Greta Thunberg then?

I saw Greta at the same time as everyone else because she suddenly popped up everywhere on the same day. She gave a speech, known as the Greta Thunberg speech (google it and see), at the UN Climate Summit in New York in September 2019.

You might remember that speech because she was mocked by Donald Trump for it.

Not that it makes Greta special; Trump mocks everyone.

I was watching that impassioned speech, listening to this young girl give ’em hell. I was fine with everything until she started blaming meat for the world’s troubles.

That is when I jumped off the Greta Thunberg train.

I have zero issues with climate change activists who are active about climate change. I believe the world needs more of them. Even if you do not think that the oceans are rising or that the world has issues, I doubt if you can argue against better practices by big business globally.

Many global businesses are in the business of making money, and that is all they care about.

They do not care who they crush or what they destroy to make that money. #stopfracking

There are also a ton of businesses that are working towards improving the environment, like the clean up crews who scour the ocean to clean up the trash. And then they make something pretty with it, like the folks at 4ocean.

I am just hugely offended when a climate change activist promotes the unsubstantiated criticism that eating meat is somehow worse for the environment than say, Monsanto.

Nothing could be further from the truth. And the activists know it. But maybe Greta doesn’t?

I do not know when Greta became vegan, but she persuaded her parents to go vegan a few years ago. Her mother had to give up her career as an opera singer because Greta convinced her to give up flying to lower the family’s carbon footprint.

I understand how easy it is to be misled into thinking that eating animals is somehow bad. “Radical” vegans have been pushing this narrative for years, and of course some of it going to seep into the mainstream. The first people to jump on this train appear to be young women, like Greta Thunberg.

It comes from the mistaken belief that grazing animals are somehow eating their way through the rainforest and destabilizing our climate. This is bunk, since the majority of the rainforest that is being de-forested is being done so to grow grain.

When the land becomes devoid of nutrients, it is turned into grazing land.

When land is cleared for grazing, it is done specifically because the now cleared land nets a higher asking price as “grazing land”. #moneymaker

Anyone with cattle knows that you do not need a flat, perfect piece of land to graze your animals on. They do just fine on hilly, rocky slopes that are only ideal for that purpose.

I see it all the time where I live. Cows wandering hilly, treed “range” land full of fallen trees, random shrubbery, and small bodies of water. A happy cow loves this life.

The best thing that we can do for the environment is to have more animals grazing naturally, as well as having them graze on land that previously had crops on it.

Watch this Ted Talk video to see how grazing animals are what will turn climate change around:

Vegan activism is a new and scary form of activism.  I have no problem with anyone who does not want to eat meat. There are many reasons why someone might not want to partake due to:

I even tried being vegetarian, buying and preparing those “meat” crumbles and tofu (nasty stuff).

I do feel bad for people like Greta who believe that being vegan will help save the planet. News flash…it won’t.

Vegan activists seem to believe that only a vegan diet is good for the planet.

And that is dangerous for mother earth, because in their push to get everyone to eat crop foods they ignore:

Having a climate change activist like Great Thunberg on the side of veganism is huge deal.

With such a tiny fraction of the world admitting to being vegan, they need the help.

But when Greta gets a little older, and cannot have children because she never gets a period from being vegan, she will likely change her mind. As so many other vegans have.

Veganism will not save the planet

Regardless of what Greta Thunberg promotes, being vegan is not a cure-all for the ills of the world. Spend a day doing research and you will find many opinions on both sides of the meat eating argument.

That means one thing…people are divided.

The problem with the radical vegan side of the argument is that they only see it one way. These vegans do not promote “ethical” farming. Nope, they want zero tolerance for meat eaters.

This is the radical part of radical vegan. In France, it is called militant veganism. And what about the White Supremacist vegans? This type of thinking is akin to communism…the system will not work perfectly unless the whole world is on board. #fail

Not all vegans are radical.

And we are happy for that. Many vegans are part of the “live and let live” way of thinking, as long as no one is sticking a piece of meat in their face, they are good to go.

I think that the most radical ones have YouTube channels, and all the publicity gets them more viewers.

They are the ones who go on YouTube and attack reformed vegans. Reformed vegans are people who used to be vegan but had to start eating meat for health reasons. There are lots of reformed vegans, and the radicals attack them like wolves on a sheep (#sorrynotsorry)

Vegans and vegetarians were super excited about the imitation meat products that became available recently. I have not tried any of them because I am against how they are created. #eww

And it is a waste of my time. Beef is the most nutrient dense food on the planet; it has more nutrition and less calories than one of those fake meat burger patties.

If you want to grow crops then you need fertilizer

Corporations in charge of the mono crops use products like the ones sold by Monsanto. Monsanto is an evil corporation. The have destroyed the heritage corn as well as destroyed farmers who were not on board with their products.

Monsanto fights to stay on top, but they are bleeding money because they have to pay out lawsuits. Vegans would have us eating these GMO crops to replace meat. Ugh.

Really Greta? Really? You want to world to eat primarily food that is used to fatten up animals. What do you think that will do to your body?

In an ideal world, you would rotate your crops by allowing your animals to graze and fertilize the land that used to have crops on it.

Once the land comes back, you can grow crops again and move your animals to the next plot of land. This keeps the soil healthy and maintains the top soil that is necessary to grow food plants.

Once the top soil is gone, you cannot grow food on that land. This is what monocropping does to the soil. And that is why I do not eat soy or wheat products. They are tainted with glyphosate, one of Monsanto’s signature poisons.

Like I said earlier, I was watching Greta Thunberg on tv with the rest of the world. I enjoyed her speech very much until she got to the vegan part.

The speech bothered me because of that. When someone comes along and says your way of life is the one wrong thing happening in the world, people tend to get a bit touchy about it. I know that I did.

Because I think Greta is wrong. Wrong about meat, wrong about veganism and wrong about pushing it. And that is why Greta Thunberg is not the boss of me. 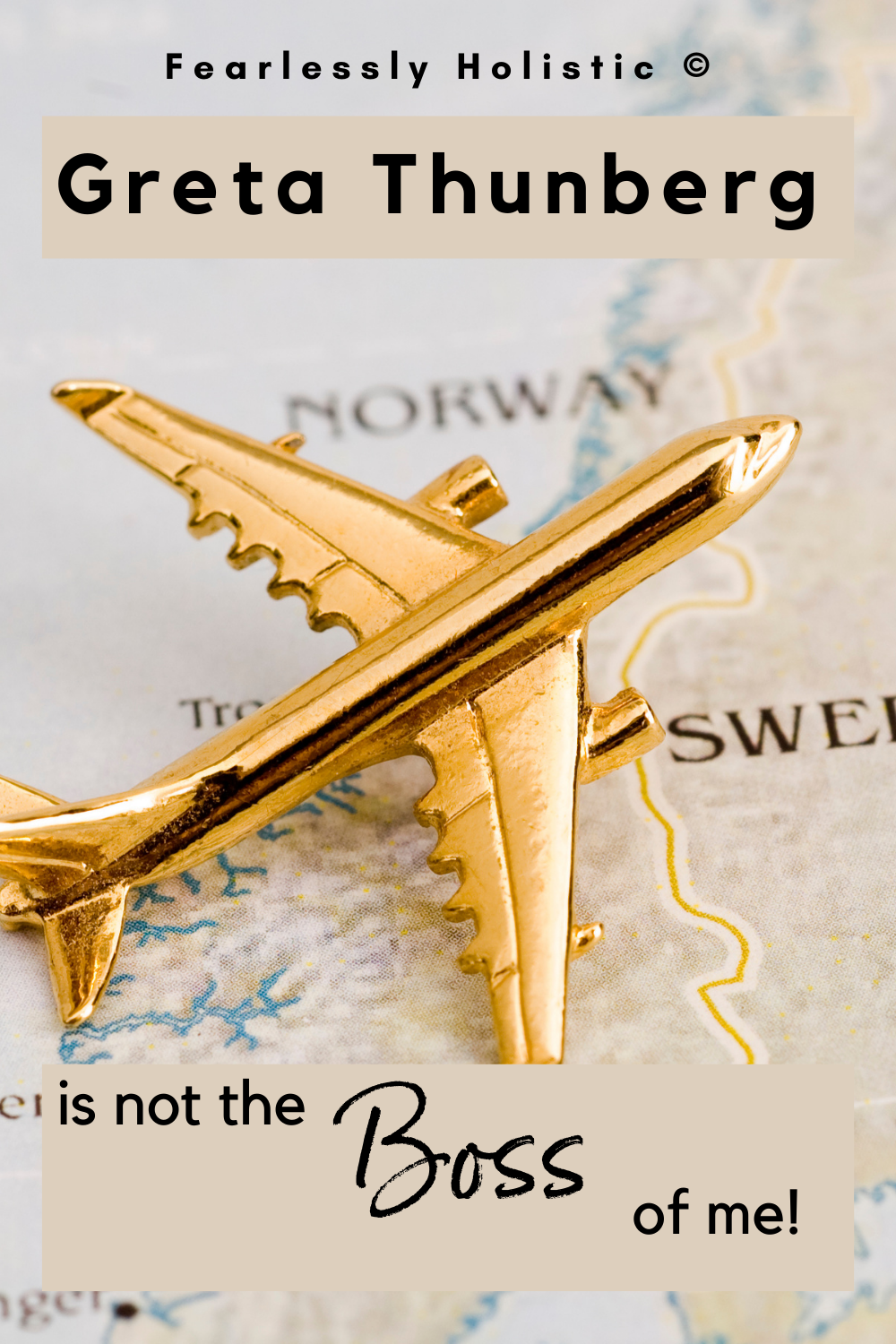 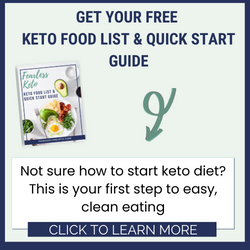 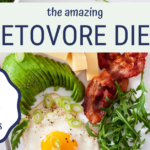 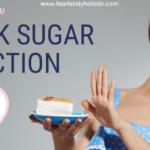 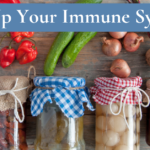 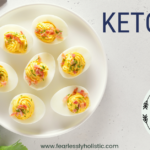 Keto Egg Fast: How To Get Started307 Total Shares 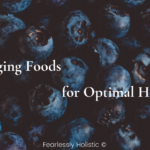 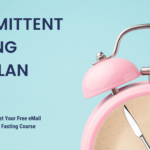 How To Do An Intermittent Fasting Diet Plan149 Total Shares 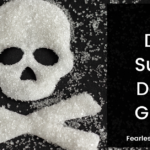 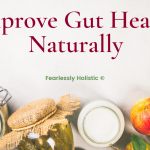 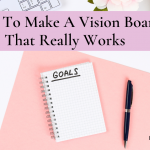 How To Make A Vision Board That Really Works107 Total Shares 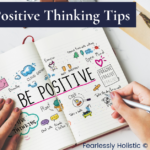 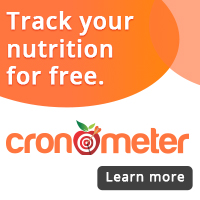 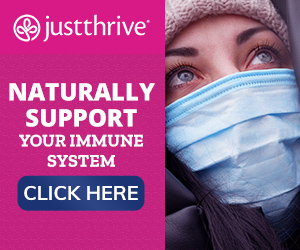 Low Carb Products to Save You Time! 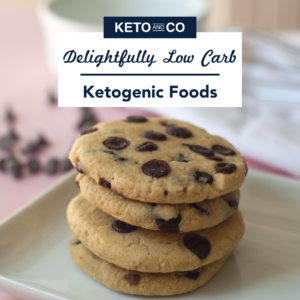 This website uses cookies to improve your experience. We'll assume you're ok with this, but you can opt-out if you wish. Cookie settingsLET ME IN!
Manage consent

This website uses cookies to improve your experience while you navigate through the website. Out of these, the cookies that are categorized as necessary are stored on your browser as they are essential for the working of basic functionalities of the website. We also use third-party cookies that help us analyze and understand how you use this website. These cookies will be stored in your browser only with your consent. You also have the option to opt-out of these cookies. But opting out of some of these cookies may affect your browsing experience.
Necessary Always Enabled
Necessary cookies are absolutely essential for the website to function properly. This category only includes cookies that ensures basic functionalities and security features of the website. These cookies do not store any personal information.
Non-necessary
Any cookies that may not be particularly necessary for the website to function and is used specifically to collect user personal data via analytics, ads, other embedded contents are termed as non-necessary cookies. It is mandatory to procure user consent prior to running these cookies on your website.
SAVE & ACCEPT